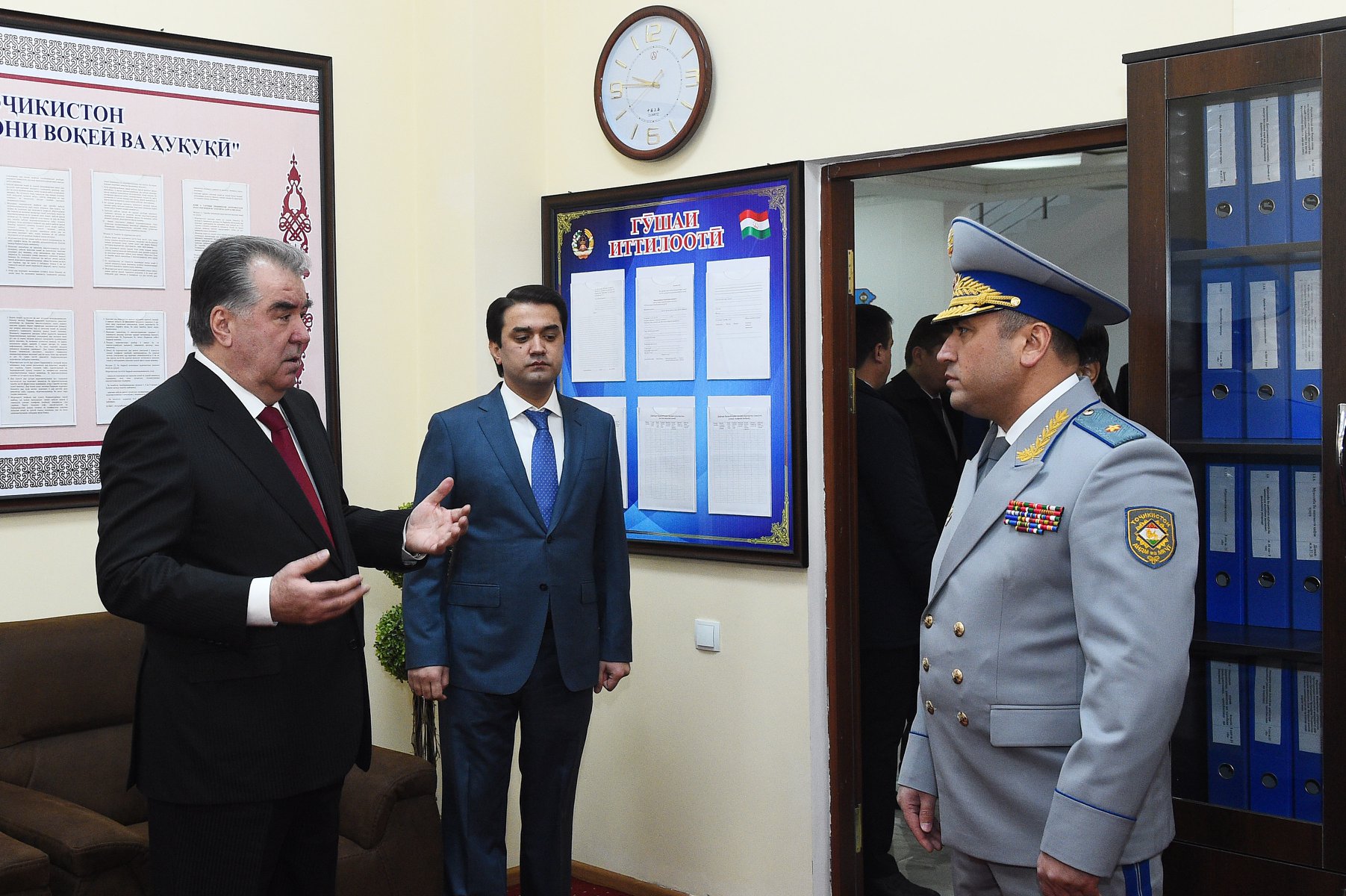 The Founder of Peace and National Unity, Leader of the Nation, President of Tajikistan Emomali Rahmon inspected State Savings Bank Amonatbank’s buildings and Tajikistan's Agency for State Financial Control and the Fight Against Corruption. He was accompanied by the Dushanbe Chairman Rustam Emomali.

The ten story building of the central office of Amonatbank with 121 working rooms also includes conference halls, meeting and reception rooms. It was built in accordance with modern requirements and is equipped with state-of-the-art banking equipment.

President Emomali Rahmon also toured the Bank Museum, which reflects its 130 year history achievements and made an entry in the distinguished visitors' book.

Following the tour of the facility, President Emomali Rahmon held a fruitful meeting with the employees of the bank and congratulated them with the inauguration of the facility. It was emphasized that Amonatbank plays a key role in the country's banking system and the necessary measures are being taken to improve its activities with the support of the government.

The construction of the seven-story and two-story buildings of the Agency for State Financial Control and the Fight against Corruption with a total area of 12,216 square meters started in 2015 by the Directorate for the Construction of Government facilities of the Presidential Executive Office. The building has 182 rooms. It was built in accordance with modern requirements and is equipped with modern equipment.

On behalf of President Emomali Rahmon 175 computers were presented to the agency.

Follow the acquaintance with the new building President Emomali Rahmon held a meeting with employees of the agency.