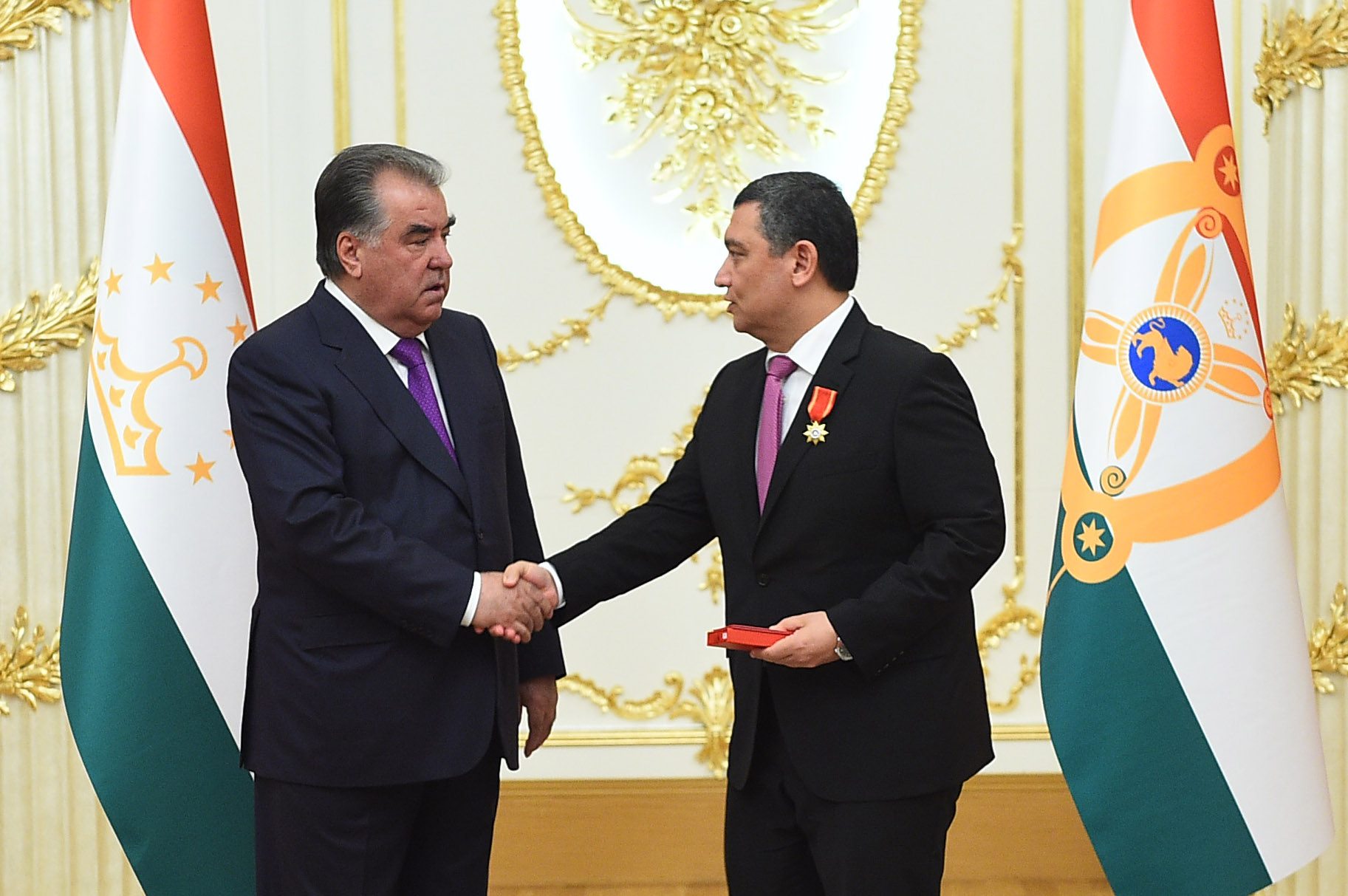 On the eve of the 28th anniversary of Independence Day, the Founder of Peace and National Unity, Leader of the Nation, President of the Republic of Tajikistan Emomali Rahmon presented state decorations and honorary titles to representatives of various professions who achieved notable results in their fields. The ceremony took place at the Palace of the Nation in Dushanbe.

Before the awarding ceremony, President Emomali Rahmon congratulated those present and noted that the fruitful and faithful patriotic activity aimed at developing Tajikistan will always be valued by the state.

“The 28th anniversary of state independence will be remembered for its important documents and events, as work on improvement and creation has been launched across the country to meet this historic date. Tajik land is becoming more beautiful from the capital to the outskirts,” emphasized President Emomali Rahmon.

The year 2019 for Tajikistan is the year of development in all spheres of life, including economic and social. It is also the year of the revival of folk crafts, rural development and wide attraction of foreign and domestic tourists.

Work on improvement of the country is continuing at a rapid pace across the state.

The radical transformation that the capital and the rest of Tajikistan has gone through is the result of the united work and effort of its patriotic people.

The President’s working trips to various regions of the republic show that the executive bodies of state authority of cities and districts with the support of patriotic entrepreneurs completed significant works in preparation of the celebration of the 30th anniversary of state independence.

The ongoing commissioning of various facilities in Dushanbe and other parts of the country is convincing proof of the creative efforts of the executive bodies of state authority of cities, districts, ministries, departments, entrepreneurs and other people.

These improvements are possible thanks to the peace and unity, patriotism and self-awareness of local citizens, the daily efforts of the leaders of the labor arena and the dedicated workers of law enforcement agencies.

Those chosen were awarded for their high industrial and entrepreneurial achievements, their public service, development of science and culture, worthy contribution to ensuring the protection of constitutional rights of citizens, their work against crime, maintaining public order, courage and dedication.

Among those awarded were representatives of various professions, including teachers, writers, doctors, cultural and art figures, workers and builders, entrepreneurs, road builders, officials of law enforcement agencies and security forces.

By the Presidential Executive Order, the Chairman of the Assembly of Representatives of the Supreme Assembly of Tajikistan Shukurjon Zuhurov was awarded the Zarrintoj Order of 1st class.

President Emomali Rahmon noted the worthy merits of a large number of workers in the socio-economic sphere, including representatives of the spheres of production, services, science and culture, employees of executive bodies of state authority, individual entrepreneurs, employees of law enforcement bodies, the judiciary and military personnel.

A large number of those awarded are women and young professionals, which indicates to the intensification of the role of the younger generation and women in society and their continued support by the state.

Also, by a Governmental Resolution, a group of scientists received awards named after Ismoili Somoni.

Awards named after Ismoili Somoni were presented to young scientists working in the fields of natural sciences, mathematics, medicine, economics, as well as technical and humanitarian sciences.

Following the awarding ceremony, President Emomali Rahmon congratulated the awardees and wished them further successes in their work for the benefit of the state and nation.

President Emomali Rahmon expressed his confidence that all those who have been awarded will not spare their strength and knowledge in the name of improving the country, strengthening peace and stability in society, developing the national economy and fulfilling the strategic goals of the state and the government.