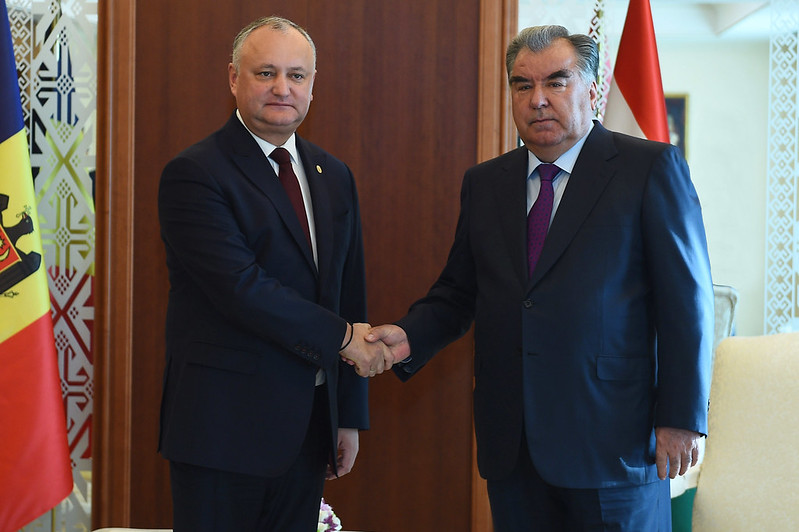 The current state and prospects for cooperation between the two countries were the subjects of discussion.

President Emomali Rahmon emphasized that the development of relations with the CIS member nations, including Moldova, is one of the priority directions for Tajikistan and there are many untapped opportunities for strengthening and expanding ties between the two countries.

During the meeting, the counterparts discussed further development of bilateral cooperation in trade, economy, investment, culture, agriculture, and health care as well as support for small and medium-sized enterprises (SMEs). They also discussed stepping up of the activity of the joint intergovernmental commission on economic, trade and scientific-technical cooperation.

Currently, there are seven Tajik - Moldovan intergovernmental documents under consideration, and the parties are keen to speed up the process of their implementation.

The timely implementation of the "Tajik – Moldovan Economic Cooperation Program" up to 2021 and agreements on cooperation in the areas of health care, physical education, sports and culture were mentioned as important areas for both countries.