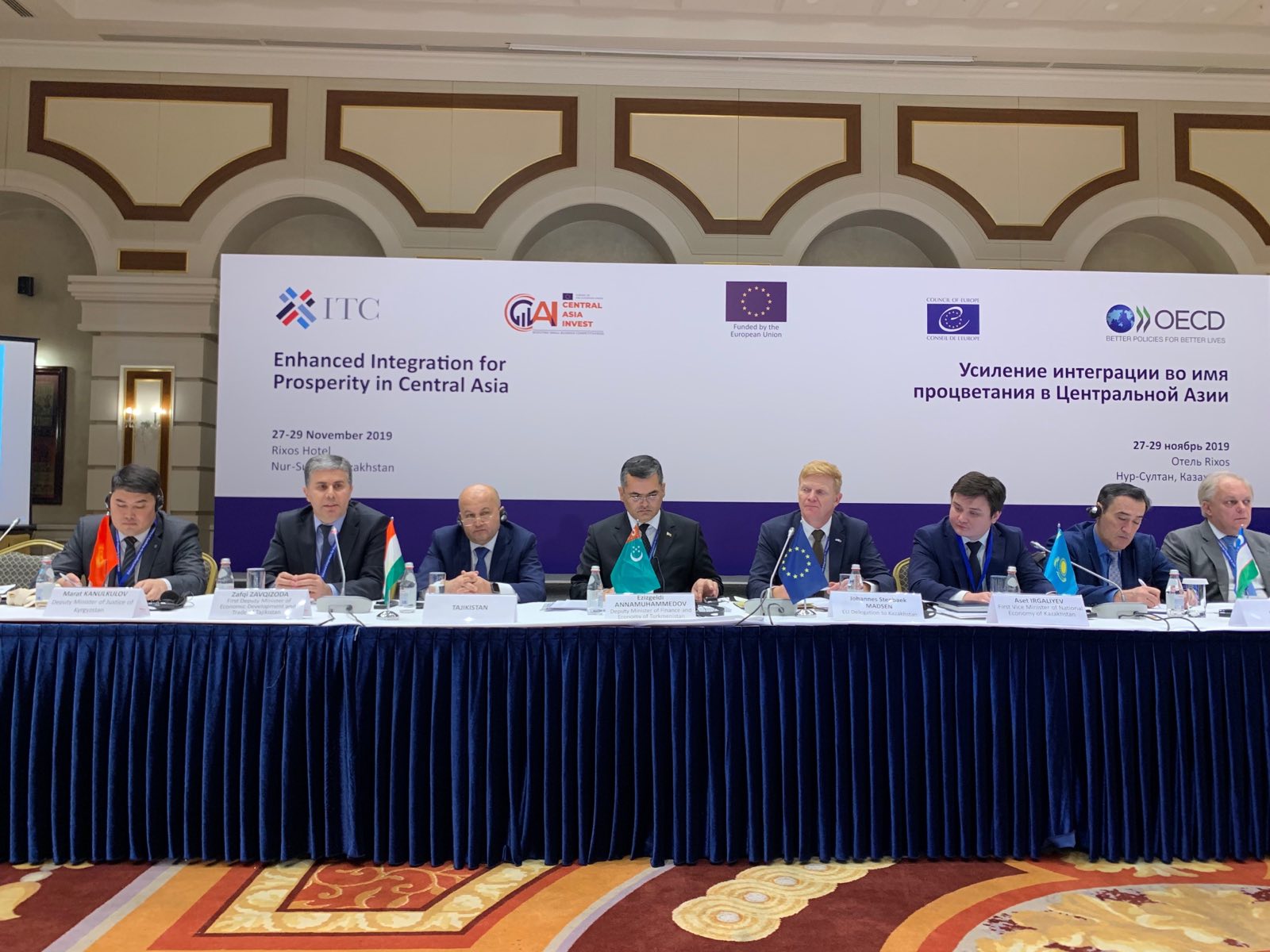 On 27-29 November 2019 in Nur-Sultan City of the Republic of Kazakhstan the official delegation of the Republic of Tajikistan headed by the First Deputy Minister of Economic Development and Trade Mr. Zavqizoda Zavqi Amin participated in the Conference «On Enhanced Integration for  Prosperity in Central Asia» which was held in the framework of the European Union’s Strategy for Central Asia.

European Union together with the Organization on Economic Cooperation and Development, European Council and International Trade Center announced the official launching of 3 new projects on trade facilitation, investment and economic development and rule of law with the total budget of 28 million Euros.

The delegation of the Republic of Tajikistan presented the achievements of the country in provision of macroeconomic sustainability and trade facilitation and for using the finance from the mentioned projects provided some requests.

Sides expressed their readiness to resolve the issues on removing technical barriers and development of trade between Central Asian countries on national and regional levels.

Some of the International Financial Organizations ranked the results of the Republic of Tajikistan’s trade facilitation as a successful experience in their presentations.