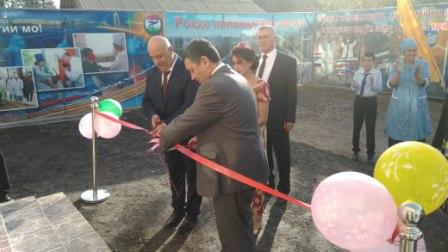 At first, the Minister of Economic Development and Trade visited the Panj district’s exhibition of agricultural products, food industry, achievements and traditions of the district, and considered the importance of protection, improving the tourism and folk crafts.

Then, as mandated by the National Leader for the special events, achievements were noted for the period of independence, the establishing of social facilities, the creation of production enterprises.

At the same time, the Minister of Economic Development and Trade took part in the opening ceremony of the shopping center in Namuna village in the Panj district and the ceremony of commissioning two new medical center’s buildings.

In conclusion, Nematullo Hikmatullozoda visited the border of the Panj River, and congratulated soldiers and officers on the 27th anniversary of the Independence Day of the Republic of Tajikistan.