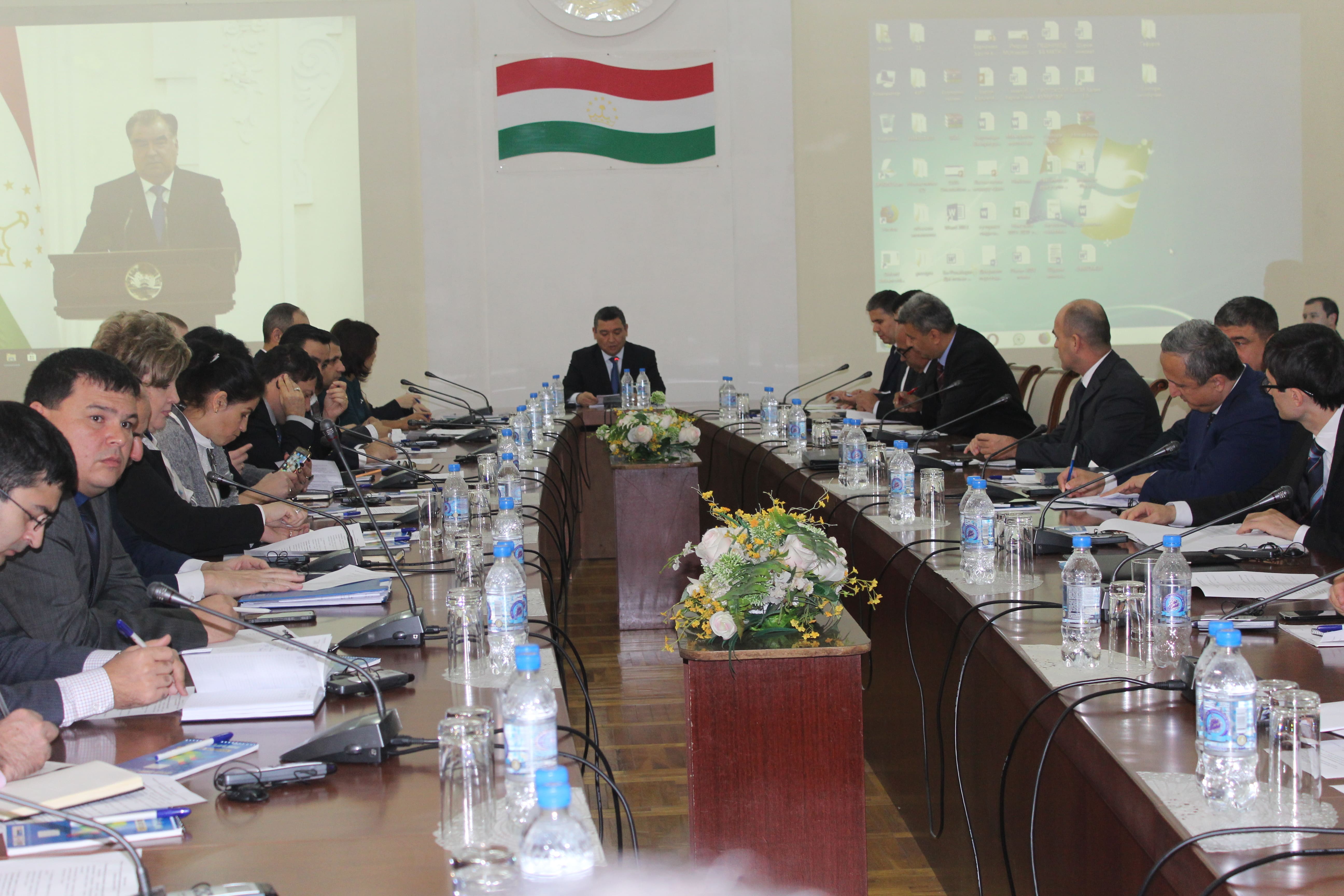 On October 29, 2018, the fourthand fifth meetings of the Coordinating Committee on Facilitation of Trade Procedures was held in the Ministry of Economic Development and Trade with the participation of representatives of ministries and agencies, private sector and development partners.

At this meeting, different issues on increasing the efficiency of the Committee’s work, improvementof implementation of the Republic of Tajikistan’s obligations underthe World Trade Organization (WTO)and development of transit and international transport were discussed.

Moreover, the First Deputy Minister of Economic Development and Trade, distinguished Zavqizoda Zavqi Amin, made presentations on the work of the Committee, the creation of a permanent secretariat of this Committee, the implementation of measures of the WTO Trade Facilitation Agreement and the draft Roadmap of the Committee.

At the same time, the meeting provided a free dialogue between public and private sector representatives, during which proposals from the private sector were submitted to public sector for revision.

At the end of the meeting, appropriate protocol with relevant instructions was sent to the Committee Members to address the discussed issues.

It should be noted that the Committee on Facilitation of Trade Procedures was established by the relevant decree of the Government of the Republic of Tajikistan on December 24, 2016,№529 with the aim of harmonizing the public and private sectors, identifying and solving problems of this sector, as well as increasing and diversifying exports of domestic products.