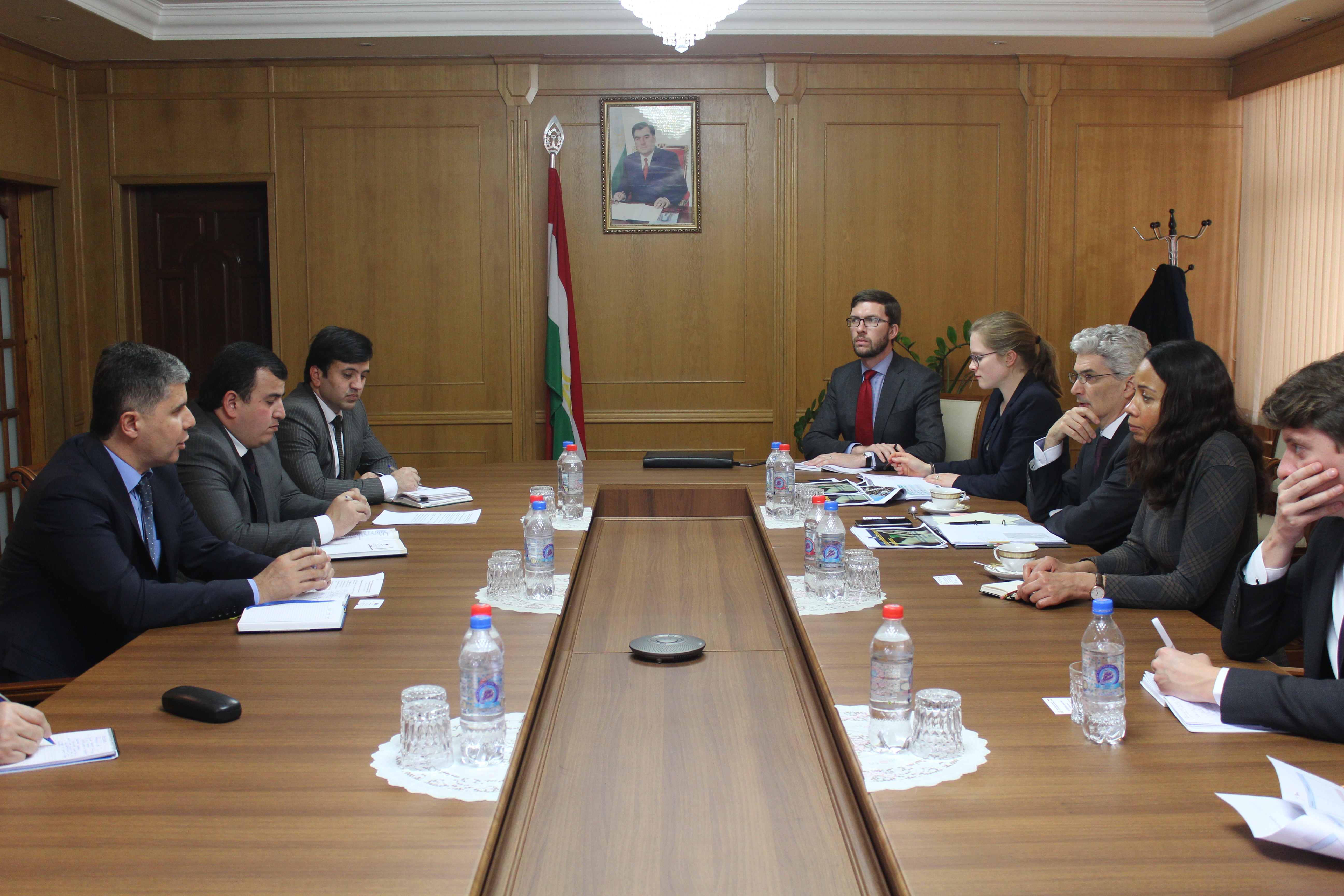 On February 11, 2019 the First Deputy Minister of Economic Development and Trade of the Republic of Tajikistan Mr. Zavqizoda Zavqi Amin met with the Ambassador of European Union in Tajikistan Ms. Marilyn Josefson and the official delegation of  EU from Brussels.

During the meeting for the purpose of streingthening foreign  economic cooperation the issues related to the accelerating of the procedures of the acceding  of the Republic of Tajikistan to the Generalised System of Preferences  (GSP+) were discussed between Parties.

Accession to the mentioned system gives opportunity to export more than 6000 domestic products to the EU markets on zero-customs duties.

For the achieving of the mentioned system the Republic of Tajikistan should adjust  internal regulations  and obligations to the requirements of 27 Conventions and Protocols, which were ratified by the country and the Regulations of Council and Parliament of the European Union, and a number of practical activities have been completed in this direction.

The European Union expressed its readiness to facilitate the accession of the Republic of Tajikistan to the GSP +.

During the meeting were expressed gratitude to the EU for the provided assistances to the Republic of Tajikistan, including the support of state budget at the amount of 9.2 mln. Euros, project for construction of HPS "Sebzor" for the amount of 20 million Euros and to the social sectors for the amount of 14.3 mln. Euro.