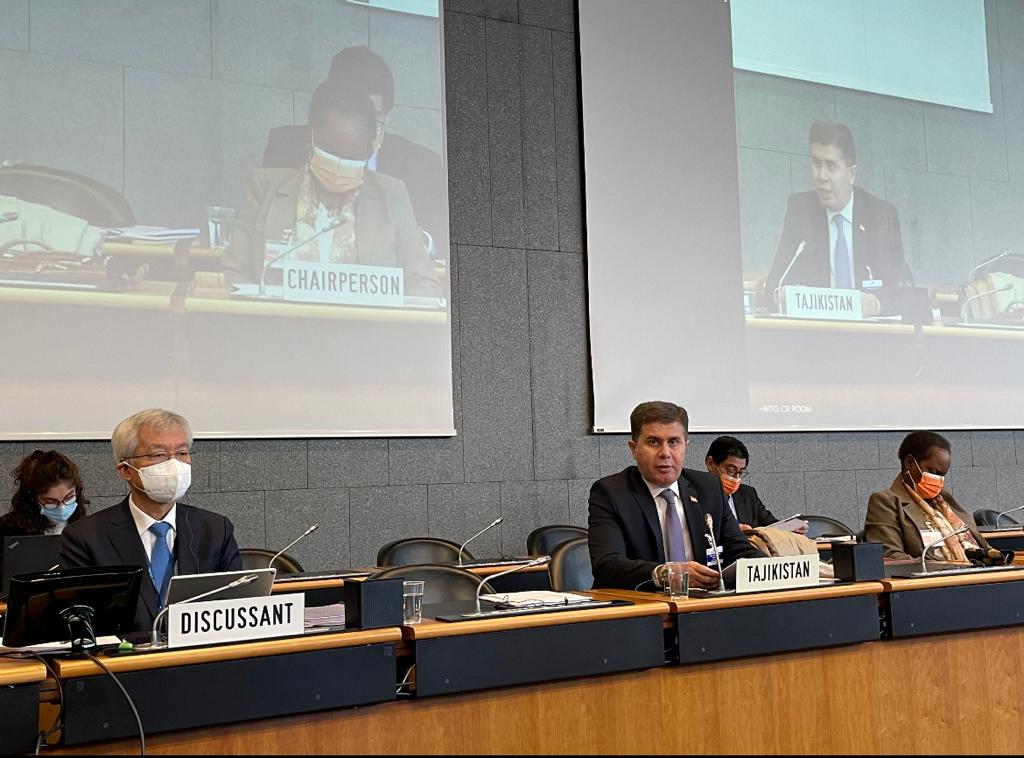 On December 6-8, 2021, the first sessions of the Trade Policy Review of the Republic of Tajikistan within the WTO were held in Geneva, Switzerland with the participation of the official delegation of the country headed by the Minister of Economic Development and Trade Zavqizoda Zaqki Amin and representatives of 164 member countries of this organization.

The official delegation of the country was accompanied by the Chairman of the Committee on Food Security Fayzullozoda M.U., Deputy Minister of Economic Development and Trade Abdurahmonzoda A.S., First Deputy Director of the Agency "Tajikstandart" Davlatzoda R., First Deputy Head of the Customs Service Tursunzoda A.H., Deputy Head of the Department of Strategic Planning and Reforms of the Executive Office of the President of the Republic of Tajikistan Muqaddaszoda F. and others.

Zavqizoda Z.A. noted that the Founder of Peace and National Unity - the Leader of the Nation, the President of the Republic of Tajikistan, H.E. Mr. Emomali Rahmon, identified the strengthening of export potential, export diversification and trade facilitation as priority areas of the government's economic policy in the field of trade.

Also Zavqizoda Z. A. noted that after joining the WTO, as a result of the measures taken by the government, despite the influence of external factors related to economic and financial crises, trade conflicts, economic sanctions of some countries and the spread of the COVID-19 pandemic in the world, the volume of exports doubled, the list of exported goods increased 1.8 times, the production of industrial products 2.1 times and agricultural products 1.3 times, and for the first time a Single Window was launched in the country to simplify export, import and transit operations, as well as the Trade Portal of Tajikistan.

The head of the official delegation of the country informed in detail about the achievements of the Republic of Tajikistan in the economic sphere of the country for almost 9 years of WTO membership and answered more than 156 questions and comments from member countries, including the Russian Federation, the USA, the EU, the People's Republic of China, Canada, India, Iceland, Singapore, Argentina, Ukraine, the Dominican Republic, Turkey and Kazakhstan.

The Chairman of the meetings, the Ambassador of Botswana to the WTO and the Opponent (Discussant) of the mentioned meetings of the first Trade Policy Review of the Republic of Tajikistan, Ambassador Taeho Lee of Korea, highly appreciated the trade policy, as well as the achievements of the Republic of Tajikistan in the field of trade, in particular trade facilitation and activities within this international organization. It was noted that within the framework of WTO membership, Tajikistan took an active part in global trade initiatives, ensuring an average annual economic growth of 7% and an average annual trade growth of 10% during this period.

Representatives of WTO member countries such as the Russian Federation, the United States, the European Union, the People's Republic of China, India, Turkey, Singapore, Argentina, Canada, Kazakhstan, Iceland, Ukraine and the Dominican Republic assessed Tajikistan's achievements over 30 years of independence, especially over 9 years of WTO membership, and positively noted the fulfillment of Tajikistan's obligations to the WTO. In conclusion, the WTO member countries wished Tajikistan success and prosperity for further development of trade and participation in the international trading system. 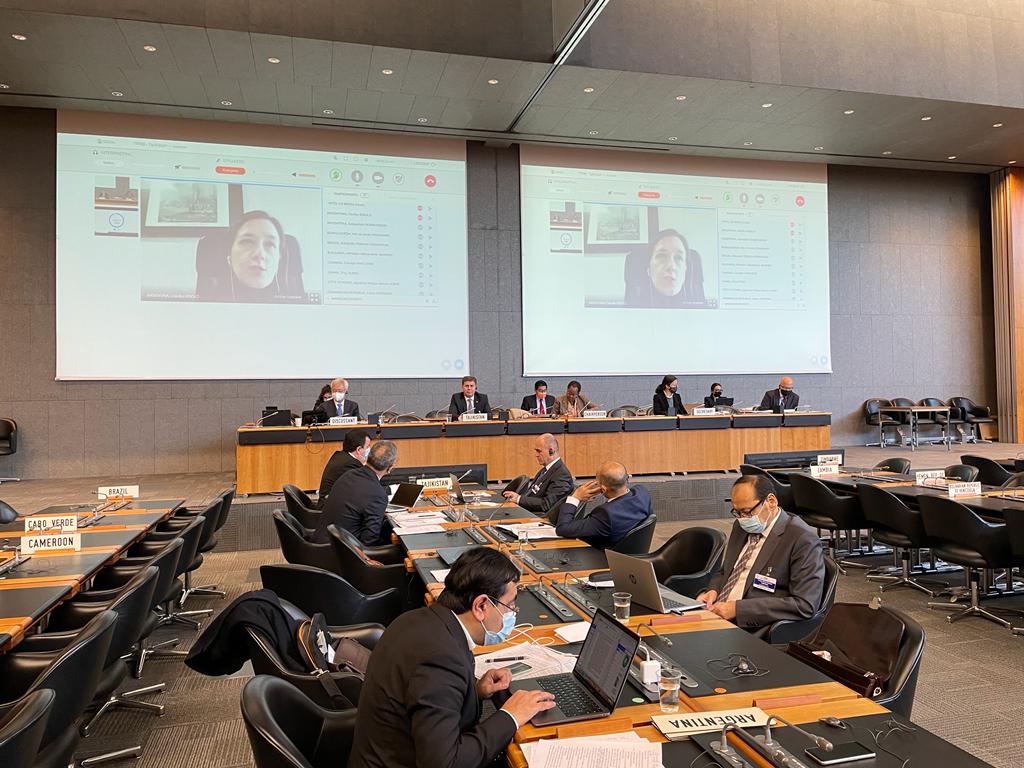 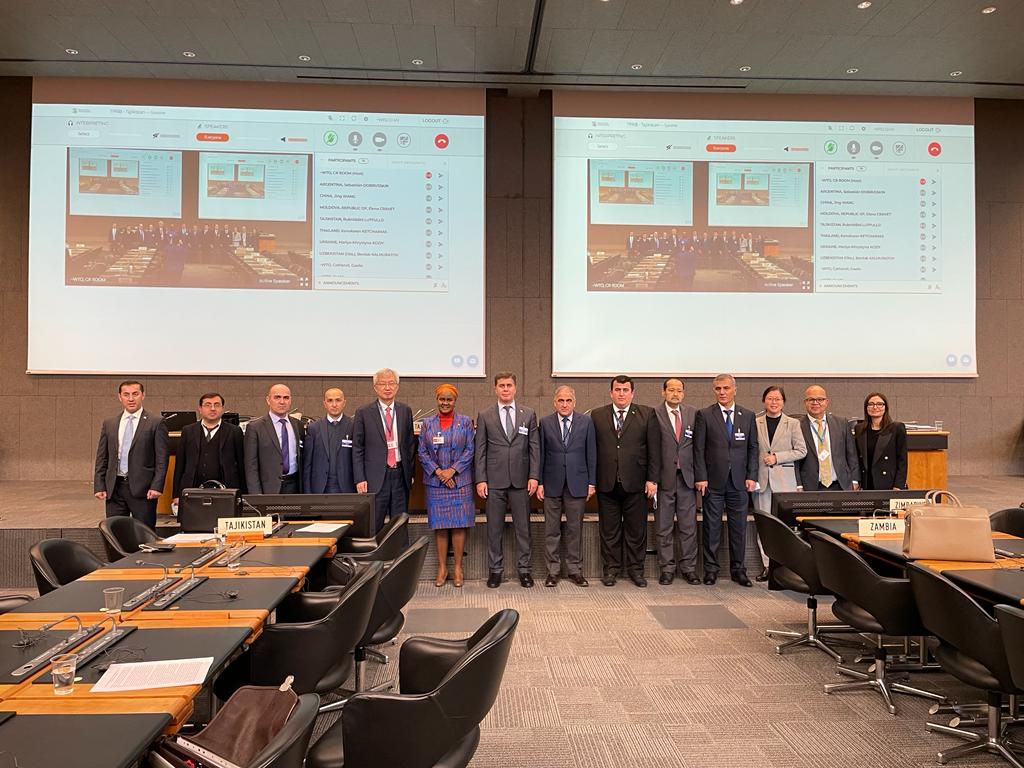